Achim Heine is a melodic jazz drummer, broadly inspired musician and versatile percussionist. He is creating music in a highly concentrated and genuine atmosphere that is sharp and precise as well as easygoing and accessible. He highly enjoys communicating in this way with his audience.

He developed this approach during his studies at the Conservatory of Amsterdam, where he received the master degree in 2006, and on his study trips to New York, Ghana, India and Senegal. At this moment he is drummer/ percussionist in various Dutch jazz and world music formations, such as Golek Heine Roelofs, earswideopen and Twitching eye Trio.

‘Trommelvuur’ is one of his music theatre projects, which was performed more than 200 times between 2009 and 2015, and culminated in a China tour in 2016 under the name ‘Three brothers’.

He is a regular guest teacher at the Conservatory of Amsterdam and teaches at his drum school ‘Drumles aan’t IJ’.

Achim Heine appears on various cd’s in the jazz and world music field, and has performed in the United States, Jordan, Greece, China, Senegal, Ghana, Austria, Germany, Belgium and of course the Netherlands.
His 2019 releases are ‘Flight of the Ant’ by Golek – Heine – Roelofs and ‘EWO TV’ by earswideopen.

This year I am promoting the 2 new releases of my 2 projects at Jazzahead:

“Flight of the Ant” by Golek – Heine – Roelofs

I am looking forward to meet you there! 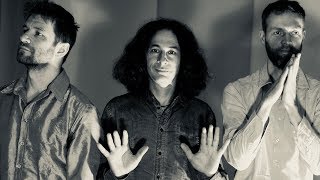